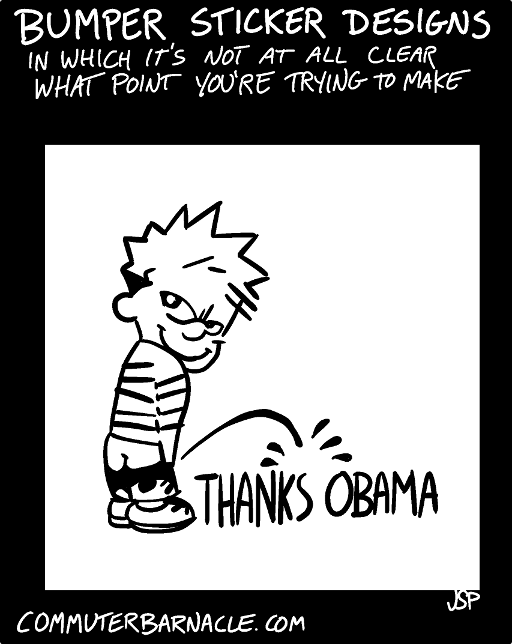 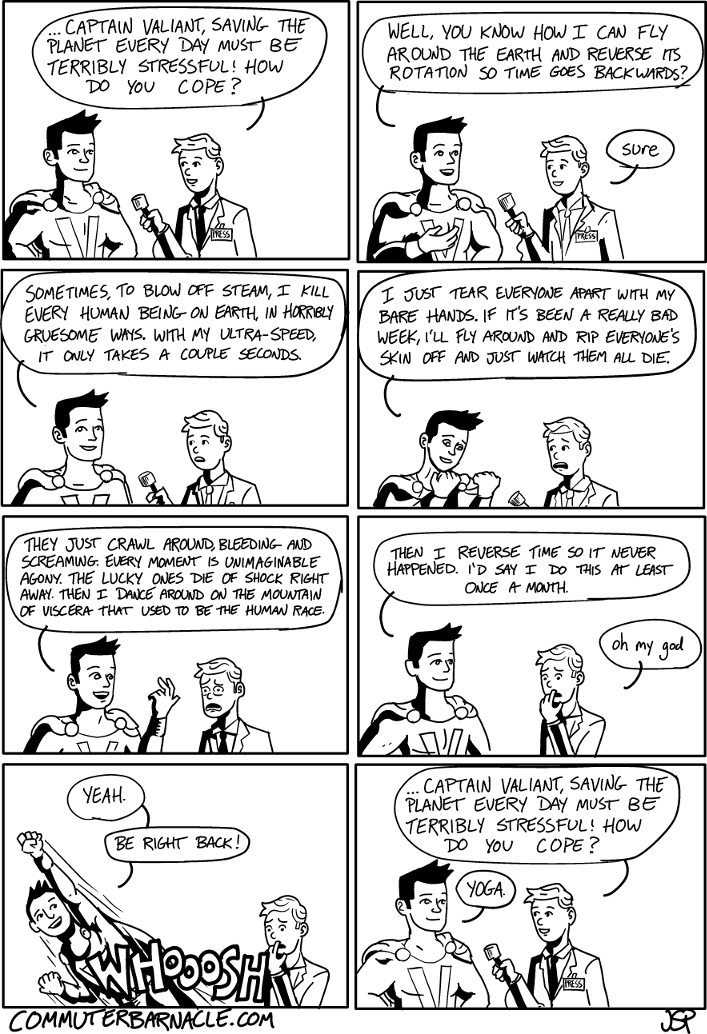 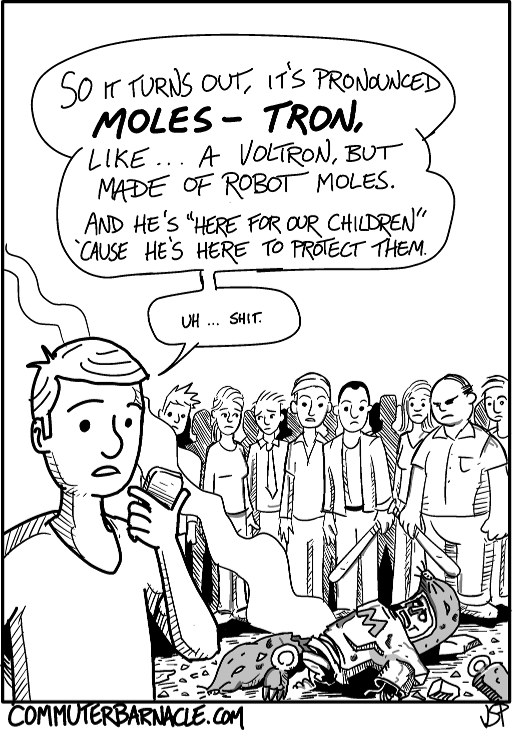 (Editor’s note: The following is a letter sent to Commuter Barnacle by a songwriter named Mel Clopps. We have made no attempt to verify the statements made in it, and the views expressed therein do not necessarily reflect the editorial position of Commuter Barnacle. Mr. Clopps felt that this was the best platform for him to tell his story, and we gave him the opportunity. Thank you for reading. -ed.)

I’ll cut to the chase: I’m the real composer of the song “Baby, It’s Cold Outside.” That’s right, jack. Me.

Now, I know you’re about to go looking at your phone like every schmuck does, and if you do, you’ll see that your precious Wikipedia says Frank Loesser wrote the song in 1944. Nope. I wrote it, in 1940, and then I met Loesser while we were both in the army. We got to talking, and it came out that I was a composer and he asked me if I had anything I could play for him. I did – I played him a couple songs, including “Baby, It’s Cold Outside,” which he swiped from me wholesale. I was a struggling nobody at the time, and I had no money to hire a lawyer to sue him with, so I had to let it go.

I gave up on composing after that, and I became a meatcutter. I did okay for myself, enough to retire comfortably. And I put the whole stupid thing behind me, or so I thought. Yeah, sometimes I’d be walking through a Krogers or something and I’d hear that song come on, and it’d just burn me up, brother. But I came to peace with it, and I even began to appreciate how so many people liked the song, even if they didn’t know it was mine. Oh, I’d make sure I didn’t read whatever anyone wrote about it, but like I say, I came to peace with it.

Now you know. But that’s not the main reason I’m writing this.

I’m writing this because the song came up in conversation a little while ago with my granddaughter, and I finally let it slip that I’d written it. Boy, I figured she’d be tickled pink to know her old grandpa had come up with a holiday classic, you know? You can imagine my shock when she said, “Oh, you wrote the rape song?”

So it turns out, the song’s seen something of a critical reappraisal in the last couple years, and a lot of folks have said it’s got overtones of coercion, and that it’s rapey. That’s the word she used, you know. Rapey. I sat down and listened to it for the first time in decades, and coming into it cold without knowing any of the backstory that got stripped away by that crumb Loesser, I was stunned. Yeah, it’s got some questionable business in it if you don’t know the whole story.

I guess normally I’d let this go like I let the song go originally, but something about the look in my granddaughter’s eyes made me want to set the record straight, finally. As I’m sure you can figure, I’m getting on in years, and I want this cleared up before I go. I don’t want my legacy to be “the rape song.” So here it is.

You know, a lot of people think of prog as a genre of music which didn’t really exist until, what, the sixties? Seventies? Phooey. I was one of the earliest prog musicians, and I can tell you that it was around in the forties, and it was as good as it’s ever been. Maybe it was the musical possibilities of the Hammond organ, maybe it was the way Astounding Science-Fiction was telling stories we wanted to see in musical form, but I tell you, we couldn’t get enough of it. I have no idea why, but history has forgotten all of these phenomenal works. You’ve probably never heard Eubie Blake’s The Gods of Knowledge, Book I, which was just this fantastic suite about what happens when a rugged individualist attempts to fly faster than the speed of light in his spaceship. Or Gershwin’s final work, which was also his finest: Who Weeps for Saturnus? which achieved the brilliant narrative (and musical) feat of telling the story of the Greek gods as a parallax view of World War One – Franz Ferdinand and the Omphalos stone are basically the same thing. I know that sounds a little wild, but you’d have to hear it. Gershwin’s epic cycle featured a nameless protagonist, a rugged individualist standing defiantly against a world which sought to outlaw all forms of expression. It was full of polyrhythms and harmonies that’d just blow your hair back. I’m not exaggerating when I tell you I wept openly the first time I heard it.

All of which is to say that “Baby, It’s Cold Outside” was part of a much bigger work. One which I spent years of my life on, only to have it taken away from me and presented without context to a public who mistook it for something much lesser than what it really is.

The Doors of Beyond, Book I: The Passage to Hades was a concept album I finished writing in 1940 (Book II was going to be called Neptune Ascending but I guess it’s a moot point now). The Doors of Beyond tells the story of an unnamed man who devotes his life to the perfection of self and to rugged individualism, see, and it’s this whiz-bang sci-fi adventure, a real cracker of a story, but also it aimed to tell a deeper truth about the human condition. The narrator lives in a futuristic society ruled by the totalitarian Clerics of Andromeda, who rule their citizens’ lives and stamp out independent thought. But then, one day, the narrator discovers a record player from the time before the Age of Andromeda, with jazz music on it, and everything changes.

Well, long story short, he narrowly escapes from the Andromeda Ziggurat with his life, and he acquires a traveling companion – a woman who never before questioned the life she’d been living. They try to fly away, but the Clerics give chase and their spaceship is badly damaged. Together, they just barely evade the Clerics’ ships and hide out on the planet Pluto while the ship’s computer makes automatic repairs. But here’s the thing, right, and I think you’ll agree that this is a real stroke of brilliance: It turns out, the shock of being taken out of the life she knows, it makes her go crazy, you know? She has this breakdown, and what happens is, she suddenly thinks she’s back on Earth and that she has to get home to her mother. Since the protagonist is a self-made man who’s good at everything, he knows that this is a special kind of space psychosis, and that if you don’t play along with the sufferer’s delusions, they just might experience Galactic Mind Death (a lot of this is in the liner notes and is only alluded to in the actual songs).

So what does he do, right? She can’t actually go out onto the surface of Pluto. But he can’t tell her that. So what he does is, he concocts this story about how they’re back on Earth but it’s winter, and it’s too cold to go outside, and then this is where the album first hints that there’s romantic feelings between the two of them, because he calls her baby. It’s genius, because he’s only playacting, but you can tell there’s real emotion underneath it and he’s worried about her.

And then “Baby, It’s Cold Outside” starts.

Now, another thing Loesser changed is that his version of the song is only in one time signature – the original changes it up a lot. Also, the original is sixteen minutes long and there’s a long musical interlude. Basically, he just took the lyrics and tune and ruined it. Took out the whole meaning and story and everything, like a jerk.

I mean, think about it, “No cabs to be had out there?” It’s great, because it works on so many levels. He’s talking about bad Earth weather where she wouldn’t be able to get a cab – but on another level, he’s talking about how there are no cabs on the surface of Pluto. Get it? So you’re listening to this album and this complex layered wordplay is happening and it’s blowing your mind.

Oh, and the part about “What’s in this drink?” Yeah, see, he has the ship’s nutri-synthesizers put together a futuristic medicine which he believes will cure her space psychosis, but he can’t tell her why he needs her to drink it so he has to just act like he’s on the make. And the liner notes make it clear that he’s conflicted because he doesn’t want her to think he’s slipping her a mickey but at the same time, he knows it’s the only way to save her. This is real human drama, buddy. When I finished writing it, I remember saying, “Let’s see Cole Porter top that!” He never did, unfortunately – Porter died before he had the chance to finish writing Sirens of the Nebula. He showed me the overture though, and it was just killer.

So there it is. Now you know the story of “Baby, It’s Cold Outside,” and maybe the next time you hear it, you’ll think of it as what it is – a painstakingly crafted chapter in a sci-fi parable which tells real truths about the human condition – and not just “the rape song.”

PS. Admittedly, I did use rape as a narrative device at other points in the album, at least a half-dozen times or so, and all of them were used to provide motivation for a male character. But I think the greater point stands.