A BUCKET OF NOTHING

More or less a fairy tale, about a woman, a strange creature, a bucket, and a fantastic mirror that winds up being more trouble than it’s worth. 22 pages, drawn in 2014. It’s on its own set of pages, found here.

A comic about not watching True Blood. Some friends and I used to watch Game of Thrones on Sunday nights and then I’d stick around for True Blood because why not. I’d heard it was goofy fun. Apparently I started with a season that was not as great as the others. It might be my fault, I don’t know – stuff with vampires just kinda bounces off my head a lot of the time. So I wound up making a comic that depicts the show from the perspective of someone who isn’t really paying all that much attention. Anyway here is a comic in which everyone’s a puritan for some reason and Goodie Stack-Howƒe has lots of vampirey adventures. As a bonus, the last two are a comic about the first couple episodes of American Gods. 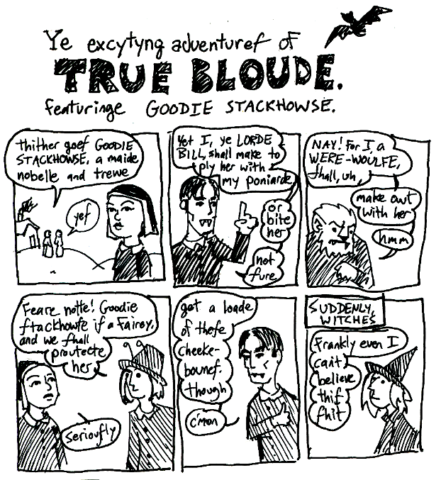 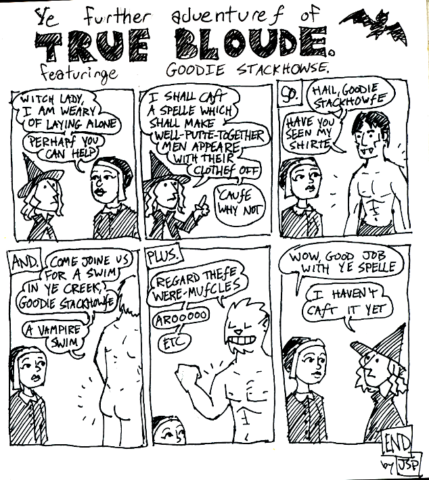 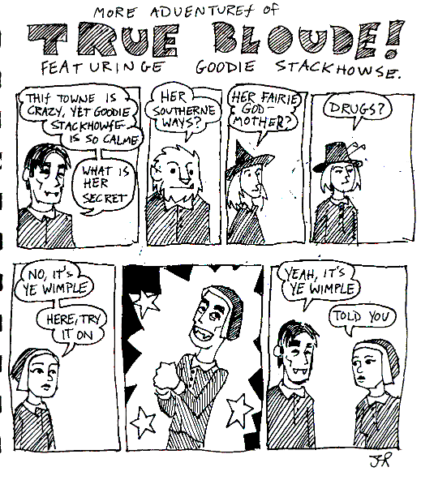 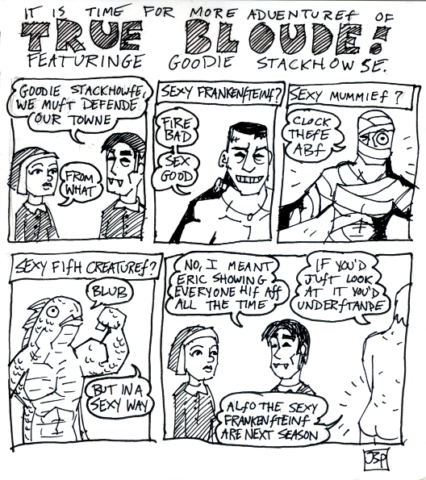 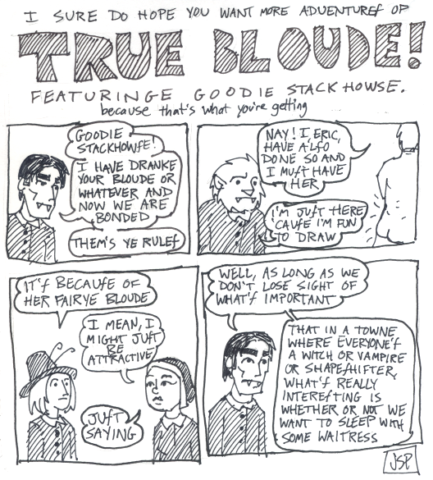 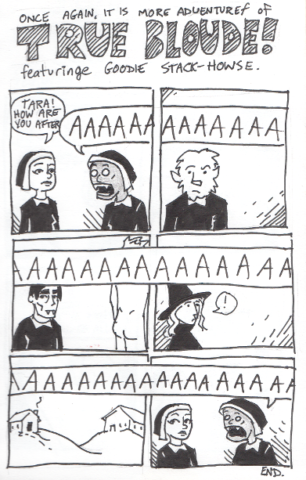 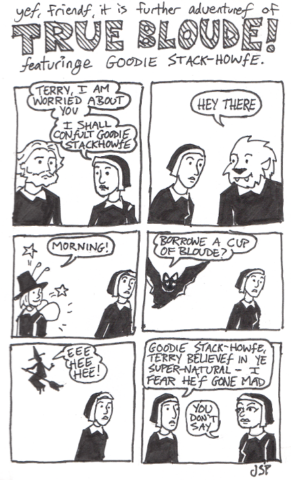 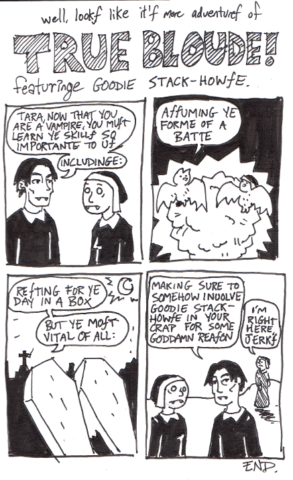 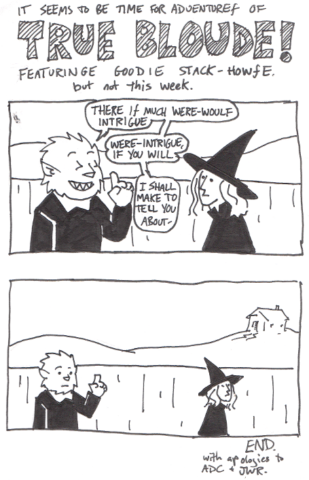 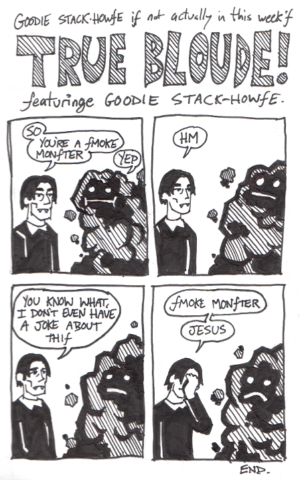 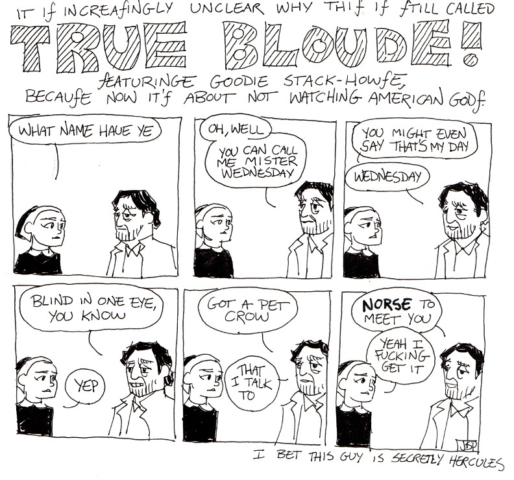 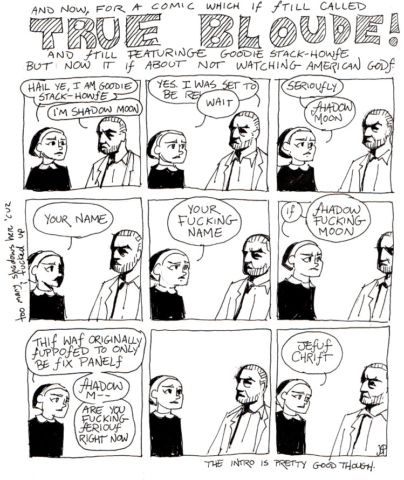